WILDCARD Kemi Badenoch has declared she can still win the contest to become the next Prime Minister as her insurgency campaign gathered pace.

Former equalities minister Ms Badenoch, 42, has built a loyal fanbase by championing anti-woke policies and is popular among grassroots Tories.

She said: “I am delighted a growing number of my colleagues have faith in my vision for a return to honest politics and conservative principles.

“Now is the time for change.”

Backer Tom Hunt said: “She is an inspiration.”

Bookies say the rising star is unlikely to make the final two — but she could act as king or queen-maker by backing another candidate. 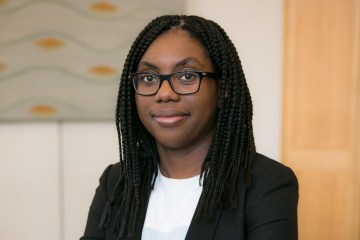 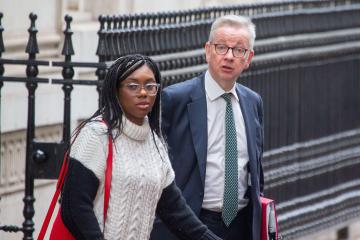 Her 49 votes yesterday would tip the balance for Rishi Sunak, Penny Mordaunt or Liz Truss.

All are primed to hoover up her MP backers if she crashes out. A rival campaign source said: “Even when Kemi goes she still holds all the cards.”

Tory heavyweight Michael Gove backs her and sources claim he wants her to fall in behind Rishi Sunak to form “Team Kishi” if her own bid is ended.

One Tory rated her a “Prime Minister in waiting” if not successful this time.

Queen’s funeral procession could be blighted by light showers