HUNDREDS of thousands of energy customers face “horrific” debts this winter when the energy price cap rises in October.

An estimated 300,000 households on prepayment meters face having debts deducted when they top up – instead of the cash going towards vital heating and lighting.

Energy prices are expected to hit £3,553 in October pushing many into hardship.

But the new figures reveal that many are already struggling to get by on prepayment meters.

It comes as the Sun called for a temporary ban on moving customers onto these meters.

They are effectively pay-as-you-go, and 4.3million top up using a key, card or app and pay for the energy they use in real-time. 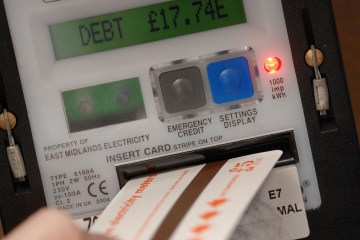 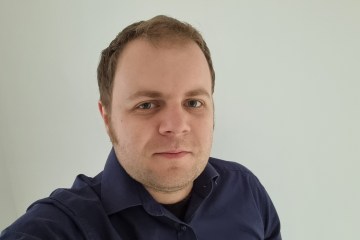 If you’re in debt and on a prepayment meter, the amount you owe can be deducted when you next top up.

How much of the top up goes towards paying off the debt depends on your energy company – but can be up to 100% in some cases.

That leaves people with less money to spend on their current energy needs including heating and lighting.

All the major energy companies including British Gas, Eon, EDF and Scottish Power can take up to 100% off a top up to cover electricity debts.

For example, if your agreed weekly debt repayment amount of £10 for electric and you top up £10, the firms will put the full amount towards your debt and leave you nothing for current usage.

The exact proportion of a top up that goes on paying back debts will depend on how much a customer has agreed to repay and how much they are topping up.

When it comes to gas debts, the maximum deduction is 90% for British Gas prepayment customers.

Eon, EDF, Octopus, Ovo and Scottish Power deduct up to 70%, while the maximum deducted by Bulb is 30%.

Nearly 300,000 households had energy prepayment meters set to debt recovery in the first quarter of the year, according to data from Ofgem collected by debt help site DebtBuffer.com obtained via a Freedom of Information request.

And experts have warned that is only set to get worse when the price cap rises in October.

Peter Smith, policy and advocacy director at National Energy Action said: “These findings are horrific and speak to a growing energy debt crisis.

“In a relatively short space of time, households that were previously managing their finances now find themselves in deep energy debt, struggling and spiralling into further difficulty.”

Energy experts at Cornwall Insight are also predicting that bills could spike to £5,341 next April.

That’s for the typical duel fuel bill, but how much you pay can be higher or lower depending on usage, as it’s a cap on the unit charge.

Those on prepayment meters already pay more, as the price cap for smart and traditional meters is set at £2,017.

Sara Williams, debt expert and founder of Debtcamel.co.uk said: “Prepayment meters are an expensive way to pay for energy and when they are used to collect debts they too often turn into a trap, leaving people unable to keep the lights, the fridge and the heating on.

“It is horrific that 300,000 households should already be repaying old debts this way before the large April price increases.

Jane Tully, director of external affairs and partnerships at the Money Advice Trust, the charity that runs National Debtline, said:  “These findings show the horrific situation facing households on prepayment meters this winter.

“The Government needs to act now to protect people caught at the sharp end of this crisis – including significantly raising benefits and introducing additional direct support for low-income households.

“Ofgem should also do much more to protect households who fall behind, by forcing suppliers to set prepayment meters to collect energy arrears at genuinely affordable rates, or at zero for those unable to put anything towards arrears in the coming months.”

This comes at the same time as the Ovo Energy boss said that pre-payment energy meter customers face topping up £15 every two days when new price cap comes into force.

What should I do if I can’t afford my debt repayments?

Ofgem, which regulates the industry, has clear rules that energy firms have to follow if you can’t afford your debt repayment.

Speaking to your energy supplier should be your first port of call if you’re struggling with your payments.

Suppliers must work with you to agree on payment plans you can afford.

If you’re already on a debt repayment plan and can’t afford it anymore, you are entitled to bring this up with your supplier and review it.

If you don’t know who your supplier is, you can find out here.

You can ask your energy supplier for:

There’s also a one-off fuel voucher from your energy supplier if you’re on a prepayment metre.

A spokesman for Energy UK, which represents suppliers, said: “Suppliers have a duty to try and prevent customers falling further into arrears but also have to take account of their ability to pay.

“So if customers are finding it very difficult to clear any existing debt then suppliers can take that into account when setting repayment plans – and any customer in this situation should get in contact.

“Ultimately it’s inevitable that more will fall into arrears which is why we have called for the Government to increase the support it provides to customers over the next few months.”

Where can I get free debt advice?

There are plenty of services you can take advantage of and they offer free and friendly advice on how to manage debt.

Most of them can offer you free guidance and help in person, over the telephone or online.

They can also help you take the next steps if you need a debt management plan (DMP) to tackle your debt or an Individual Voluntary Arrangement (IVA). These are agreements for managing multiple debts.

What other support is available?

All four and a half million prepayment meter customers are eligible for a £400 energy bills discount this winter.

The discount will be paid in six instalments from October. Two worth £66 and four worth £67.

Those on smart prepayment meters won’t need to do anything and the discount will be automatically credited to your meter each month.

However, those on older traditional prepayment meters won’t be able to receive the discount directly.

These customers will need to collect and redeem a discount voucher to take advantage of the £400 energy discount.

You should receive clearer instructions on how to use and redeem the full value of these vouchers once you get them in the post of via text.