A new skate park on the Swansea seafront is finally on the way. Contractors are beginning a 16-week project to create a concrete, bowl-shaped leisure facility at the existing skate area at Llwynderw.

It has taken years for Mumbles Community Council to transform its skate park concept into reality, during which time project costs have risen. The existing mini half-pipe was dismantled on September 21, but its demise may not be lamented when the state-of-the-art park opens early next year.

Councillor Carrie Townsend Jones, chairwoman of Mumbles Community Council, said: “The vast majority of people are looking forward to it. The kids – they’re probably teenagers now – are just so pleased.” 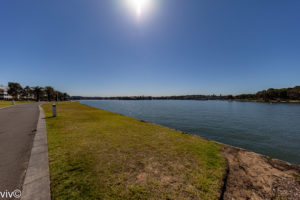 READ MORE: Driver got £100 fine for parking like this at notorious city centre car park

Asked if she could have imagined it would take so long to get spades in the ground after an original tender was received by the council in 2018 for £198,825, she said: “No, at that point we thought we would have it up and running in a year. We most certainly didn’t imagine the difficulties that we’ve had. It’s a scheme that people have had to wait so long for.”

The scope of the project was expanded following the 2018 tender and it is now expected to cost around £461,800, including planning and legal fees, with just over £271,500 coming from a National Lottery community fund award. An annual maintenance and sinking fund budget has also been allocated.

The skate park will follow the sloping profile of the site and take shape on the Tarmac area by the mini half-pipe. Surrounding land will be landscaped, trees retained, and picnic tables, bins and a supply of drinking water installed. There won’t be any floodlights.

Skateboarders and BMX and scooter riders will access the skate park from the adjacent promenade, and a new fence and low-level hedge will be created between the facility and Mumbles Road. Construction traffic will access the site off Mumbles Road, and Cllr Townsend Jones said there may be temporary traffic lights for short periods, for example when connecting to a water supply across the road.

Swansea Council’s planning committee gave the project the go-ahead in February 2020, but several councillors said they were conflicted about it – saying there were in favour of the concept but not the location. The planning authority received two petitions and 868 expressions of support, and two objection petitions and 65 expressions of opposition.

A review of other potential skate park sites in the Mumbles area was commissioned before Swansea Council’s cabinet agreed to transfer the land to the community council – but that land transfer decision was challenged by a group of objectors via a judicial review.

A judge went on to quash the land decision after the council accepted that prior to the decision being made, it did not publish its intention to dispose of the land for two weeks in a local newspaper. A court document also said the council accepted that its decision did not comply with the 1972 Local Government Act. Cabinet went through the land transfer decision process again, and this time there was no legal challenge.

Asked if she had any doubts about Llwynderw being the best skate park site in Mumbles, Cllr Townsend Jones said: “No, not at all. That’s where it has always been. It was such an obvious place to put the skate park right from the start. At Underhill Park (in Mumbles) the space is more limited because of the rugby, football and cricket pitches.”

Jason Williams, chairman of Mumbles Skatepark Association, which has been lobbying and fundraising for the project, said the group was delighted the build stage had arrived. “Community support has been phenomenal and the new skate park will be a fantastic asset to the community,” he said.

“With the recent commitment by Swansea Council for additional funding for skate park facilities across the county, we hope this will be a springboard for further developments in the near future.” 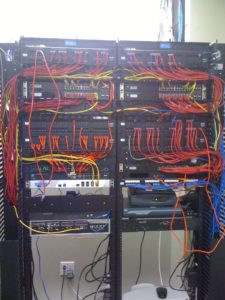 Find out about planning applications where you live

Mortgages could increase by £14,000 a year for some homeowners, says Labour

Fail to remember location traveling, the Zuck desires to take us right into the metaverse. Where is that?