The 2022/23 Premier League season gets underway on Friday night with Arsenal travelling across the capital to fave Crystal Palace at Selhurst Park.

The Gunners endured a tricky campaing last year, missing out on Champions League qualification after a poor run of form towards the end of the season allowed rivals Tottenham Hotspur to take advantage.

Arsenal have been largely impressive during pre-season, beating Chelsea 4-0 and Sevilla 6-0, but Palace have been impressive at home in recent seasons and will provide a stern challenge.

Here, we predict the Xi that Arteta may choose for the season curtain raiser.

Aaron Ramsdale replaced Bernd Leno for Arsenal’s fourth game of last season – a 1-0 win over Norwich City – after three successive efeats with Bernd Leno in goal. The Englishman went on to establish himself as first choice and Leno has since departed for Fulham, so Ramsdale is certain to start on Friday.

Injuries and lack of fitness could force Arteta to name an unfamiliar back four, with a debut for William Saliba likely at centre-back. The Frenchman joined the club in 2019 but has spent the last three seasons on loan, although it looks like he could make his first start on Friday. He will most likely be partnered by Gabriel, who was a regular for Arteta last season and impressed for the majority.

Ben White, Gabriel’s partner for much of last season, may have to move out to right-back for the early weeks of the campaign, with Takehiro Tomiyasu having struggled for fitness during pre-season. 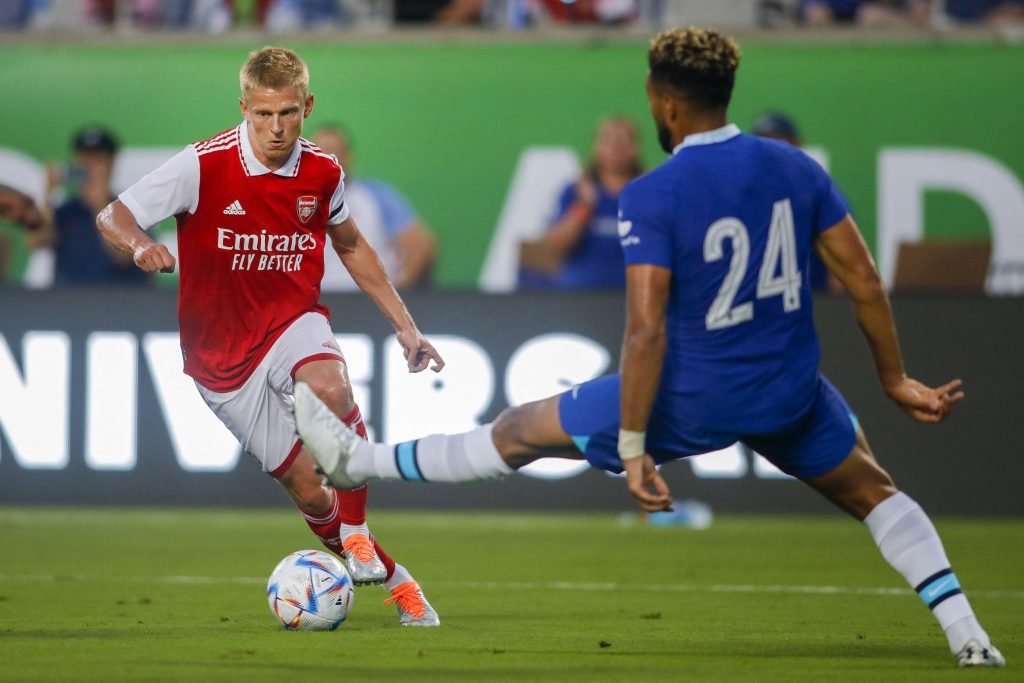 Zinchenko is in line to make his Arsenal debut

On the left, Oleksandr Zinchenko will expect to make his debut from the start in the absence of Kieran Tierney, who is also a serious doubt. The Ukrainian joined from Manchester City over the summer and will be jostling with the Scottish international for the starting spot at left-back this term, although Zinchenko can also play in midfield which could prove handy later in the season.

Martin Odegaard, recently named as the club’s new captain, will start as the more advanced of Arsenal’s midfield trio. The Norwegian has impressed since making his initial loan move to the club permanent, and could be poised for another impressive season with an improved squad around him. 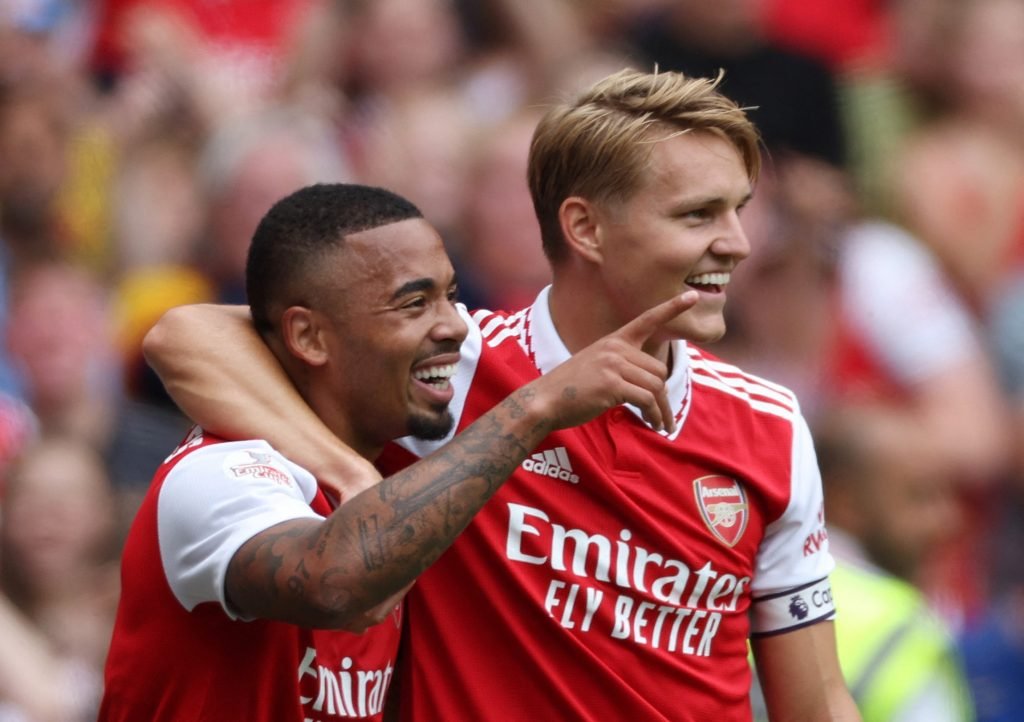 Odegaard has recently been named as Arsenal’s new captain

Behind Odegaard, Granit Xhaka and Thomas Partey are the most likely candidates to start. Xhaka, who was himself stripped of the captaincy back in 2019, has played 250 games for the club and will have a key role to play this term.

Partey, meanwhile, missed the final nine games of last season through injury but has been a regular throughout pre-season.

All eyes will be on Gabriel Jesus on Friday night as the Brazilian makes his debut for Arsenal after a £45 million move from Manchester City. The striker has been in sensational form during pre-season, scoring seven times including a hat-trick against Sevilla. He also boasts an impressive record during his time in England, having scored 58 goals in 159 Premier League matches. 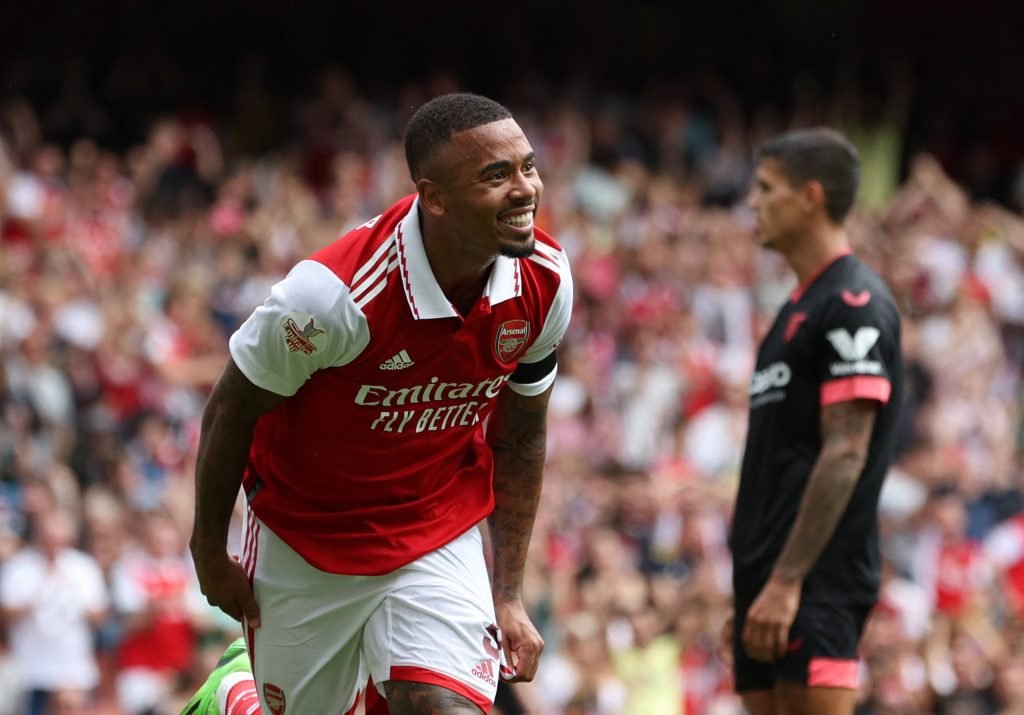 Jesus has been in fine form during pre-season

Either side of him will most likely be Bukayo Saka and Gabriel Martinelli. The pair, aged 20 and 21 respectively, have both impressed over the past two years and will be involved heavily throughout the upcoming campaign.

Saka looks to have established himself as first choice on the right, but Martinelli faces stiff competition from the likes of Emile Smith Rowe and new signing Fabio Vieira on the left.

Smith Rowe will miss Friday’s match through injury, but Eddie Nketiah will expect to feature at some stage.

Family refused Jet2 compensation as ‘plane runs out of sandwiches’

Jailed crooks told to cough up $600k for COVID fraud