The rookie grabs his first Grand Prix pole position by a margin of just one hundredth of a second.

Red Bull KTM Ajo rookie Daniel Holgado has his first pole position in the Moto3™ World Championship after qualifying fastest for the CryptoDATA Motorrad Grand Prix von Österreich. The Spaniard was already set to start from the front row when he clocked a 1: 41.234 with the chequered flag out on Q2 at the Red Bull Ring – Spielberg, beating Ayumu Sasaki (Sterilgarda Husqvarna Max) by just 0.010. Joining them on the front row will be Deniz Öncü (Red Bull KTM Tech3), while World Championship leader Sergio Garcia (AutoSolar GASGAS Aspar Team) is set to get away from Row 4.

Holgado, however, managed to find almost another two tenths of a second to not only get himself back ahead of Öncü, but also knock Sasaki off pole position. Still, the Japanese rider is set to start from second position and it will be especially important for him to get a good start when lights go out on Sunday morning, given he is to serve a double Long Lap Penalty for irresponsible riding back at the British Grand Prix.

Heading up the second row will be Riccardo Rossi (SIC58 Squadra Corse), who clocked a 1: 41.506 with the chequered flag out. Foggia claimed sixth having improved to a 1: 41.588 early on his second run, and he will have Diogo Moreira (MT Helmets – MSI) starting on his outside given the Silverstone pole-sitter went as quick as a 1: 41.627 in Q2 in the hills of Spielberg.

Tatsuki Suzuki (Leopard Racing) had to go the long way about it after missing the top 14 in the three Free Practice sessions, but the Japanese rider comfortably progressed from Q1 and eventually earnt seventh on the grid courtesy of a 1: 41.638. Izan Guevara, who is just three points behind AutoSolar GASGAS Aspar Team team-mate Garcia in the World Championship, claimed eighth on a 1: 41.642, and Kaito Toba (CIP Green Power) was marginally slower in ninth.

Stefano Nepa (Angeluss MTA Team) rounded out the top 10, while Garcia had lifted himself as high as sixth on a 1: 41.772 with the chequers flying, only to be shuffled back to 11th all-told. Garcia is down in 12th as he aims to move back forward on Sunday, with high powered fellow frontrunner Jaume Masia (Red Bull KTM Ajo) for company. Masia had a spill at Turn 3 halfway through the second stanza of qualifying but remounted and would be classified 12th.

Can Holgado convert his first pole into his first podium, and maybe even his first win? It’s lights out at the Red Bull Ring at 11: 00! 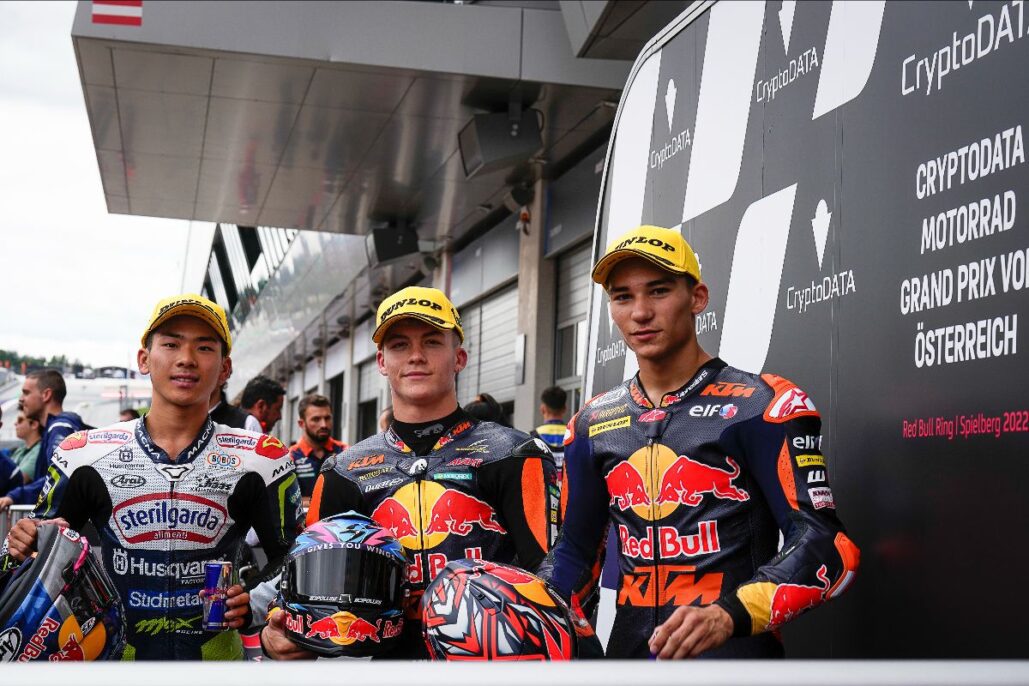 Daniel Holgado: “Today has been a great day for me. I am very happy to get my first pole position; more special because it’s the home GP for me team, Red Bull KTM Ajo. I’m very happy!”

Binance to commit US$1 billion for crypto recovery initiative

Crypto: Genesis meltdown: Why investors are worried about bigger problems for crypto

Sam Bankman-Fried and the Long Road to Taking Crypto Mainstream

Nate Diaz Says He Wants to Conquer Another Sport, Eventually Return to UFC

Aaron Taylor-Johnson had to fight for Bullet Train part