Lewis Hamilton’s thoughts remain centered on winning an eighth Drivers’ Championship title despite stating that he is not “obsessed” with it. The British racer is already thinking of 2023, and how he can help the Silver Arrows build a car ready to fight for the championship.

The seven-time world champion looked on course to surpass Michael Schumacher’s record and win an eighth title in 2021 before losing in controversial fashion. Max Verstappen claimed his maiden title after overtaking Hamilton in the final lap at the season finale in Abu Dhabi.

After months of speculation over Lewis Hamilton’s future in the sport, the Briton returned re-energised to continue his pursuit of an eighth title in 2022. Mercedes were again expected to be the main contenders alongside Red Bull Racing despite the introduction of a raft of new aerodynamic regulations.

However, while Red Bull maintained their momentum from 2021, Mercedes took the wrong approach in terms of car design, which saw them struggle at the start of the new campaign. The Silver Arrows were well off the pace compared to the Austrian team, with Ferrari emerging as their closest challengers.

After 16 races in 2022, Mercedes are yet to taste victory, making it their longest dry spell since the Hybrid Era began in 2014. Hamilton is certainly out of the race for the title this year, but made it clear that getting back to championship contention remains his top priority.

“It’s not an obsession, but it’s certainly at the centre of my thoughts,” Hamilton said. “It is at the top of the pyramid, and the work done at the base this year is about getting to the top again.” 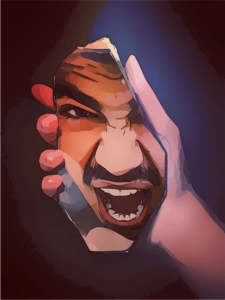 At 37, Hamilton is in the twilight of his career unlike Verstappen, who is entering the prime years of his career. The British racer has no plans to retire at the moment after revealing recently that Mercedes’ ongoing struggles are only motivating him to prolong his stay to ensure he brings the team back to the top.

Meanwhile , Lewis Hamilton is also hoping to maintain his record of winning at least one race in every campaign he has raced since making his debut for McLaren in 2007. It is unlikely to come on merit owing to Red Bull’s superiority, but the Brackley-based team are hoping for a miracle win before the 2022 season concludes.

‘A Space for the Unbound’ release date: Slice-of-life adventure game coming in January 2023