Enter your email address and Crikey will send a Verification Code

Enter the Verification Code sent to

to confirm your account.
The Verification Code will expire in 1 hour.

Whether Back to the Future was an anti-abortion text, the perils of Instagram face, and making a motza from FOI.

CAPITALISM FOR FUN AND PROFIT

How a firm turned US freedom of information laws into a massive money-spinner and got involved in some major espionage scandals along the way. Is it time we went after the enablers and errand-runners of fossil fuel corporations? Music festivals, despite greenwashing and big promises, are climate bombs. How capitalism and the logic of labour are killing sex. 1960s spy shows are calling and want their cliché back: silicon masks are proving a handy tool in identity theft. And why Chinese factories are once again closing down. CNN’s owners decide a Trump and Murdoch critic no longer has a place examining the media. Digital number plates, anyone? (What happens when, inevitably, they’re hacked?)

The power of silence for mental health. Being on reality television, but not like you might think. Image filters, “Instagram face” and the mental health damage caused by social media, particularly on girls. “Unchurched” evangelicals in the American South are even more extreme and mistrustful of government than their church-going brethren. But Methodists in the US are organising against guns. Germany’s much-vaunted childcare system has profound flaws and deters women from working. A fine riposte to the garbage tech bro pseudo-philosophy “longtermism”. Not so much shock treatment as zap treatment, perhaps?

How would Japan respond to Chinese aggression toward Taiwan? Or is the more accurate question whether it could respond at all? No compromise and no surrender: Russian identity and the imperial view of Ukraine. We need to know who owns some of the most destructive and damaging fishing fleets. Liz Cheney — where to from here? Her loss is another defeat for Trump opponents within the GOP — the latest of many, as Trump has crushed them one by one. A long time ago, Wyoming was a leader in women’s rights. And the impacts of a likely Cheney presidential run. How a Truss prime ministership could take the UK even further into a Brexiteer depression. And the Tories must avoid getting sucked into Thatcherism again, a Spectator columnist warns.

To keep reading, join us as a member. You can join us through our 50% off sale using promo code LETTERS. Or, if you have the means and want to help us even more (thank you!), you can take out a full price annual membership. It really makes a difference. 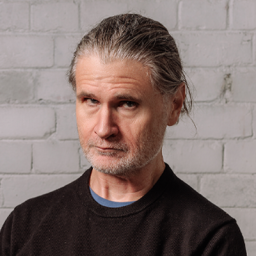