Viewers watching Dahmer-Monster: The Jeffrey Dahmer Story on Netflix are calling for its most heartbreaking episode to win an award.

The serial killer, who was also known as the Milwaukee Cannibal, murdered 17 men and boys between 1978 and 1991.

The Netflix series shows Dahmer, who is portrayed by Evan Peters, killing his victims and using flashbacks or scenes with their surviving family members to humanise their lives.

However, episode six, titled ‘Silenced’, has been a stand-out among fans, who have praised the show’s creators for taking great care to present Tony Hughes as a person first, ahead of being another one of Dahmer’s victims.

Tony was murdered by Dahmer in 1991, and was the killer’s twelfth victim.

“When it first happened, I thought I would lose my mind,″ his mother, Shirley Hughes, told The Associated Press in 1992.

In the episode, viewers get to see Tony growing up, spending time with his family, his friends, and after learning one of his friends was found murdered, he vows to take charge of his own future and follow his dreams of modelling.

As Tony was deaf, a lot of the scenes are deliberately muffled, but the focus is very much on him as a person rather than his disability.

Viewers are left championing Tony in his quest for a relationship and by the time he meets Dahmer, it seems like that could happen.

Only, as we know the story doesn’t end that way.

The heartbreaking and emotional pull of this particular episode has left many people highlighting its tragic beauty and calling for it to win an award.

Taking to social media, one viewer wrote: “I know the killings are devastating but it’s how this actor portrayed the part, he was over the top and hopefully he gets an award! Wonderfully done! Gave me chills!”

Another said: “For years on many shows and movies, the victims have been just that, a name in the show for a few scenes. This show actually showed that the victims weren’t just victims, they were real people with personalities and people that loved them, especially this episode.”

A third person person commented: “This episode deserves like an #Emmy or a #GoldenGlobe or whatever the TV equivalent is.” 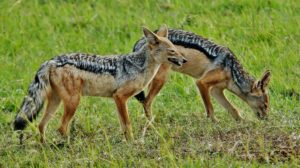 Others highlighted the emotion in the episode and said they were left in tears.

“Beautiful soul I cried so much watching this scene,” said one.

Another wrote: “I was really praying Tony was one of the victims who got away. Just absolutely heart-breaking.”

The Woman King : What initial Reviews

MEXC Partnering with The BSC Station to Present Unbelievable Services