For three seasons, from 2007 to 2009, in his early teens, Elliott raced Legends and Bandolero cars on Atlanta’s ¼-mile “Thunder Ring” track.

At the time, Elliott – the 26-year-old son of NASCAR Hall of Famer Bill Elliott – was far removed from being NASCAR’s most popular driver or a Cup Series champion, let alone a race winner.

He was like many other up-and-comers, trying to do whatever it took to be noticed in hopes of one day racing with those like his dad in NASCAR’s premier series.

On Sunday, Elliott returned to the track where much of his early racing career was fostered and did something he’s never done before – remarkable considering his career up to now – which was winning a Cup race at Atlanta.

Elliott, a native of Dawsonville, Ga., had already joined a short list of father-son duos to win Cup titles in 2020 but he joined another – becoming the third father-son duo to win at Atlanta (joining Dale Earnhardt Sr. and Jr. and Ned and Dale Jarrett). 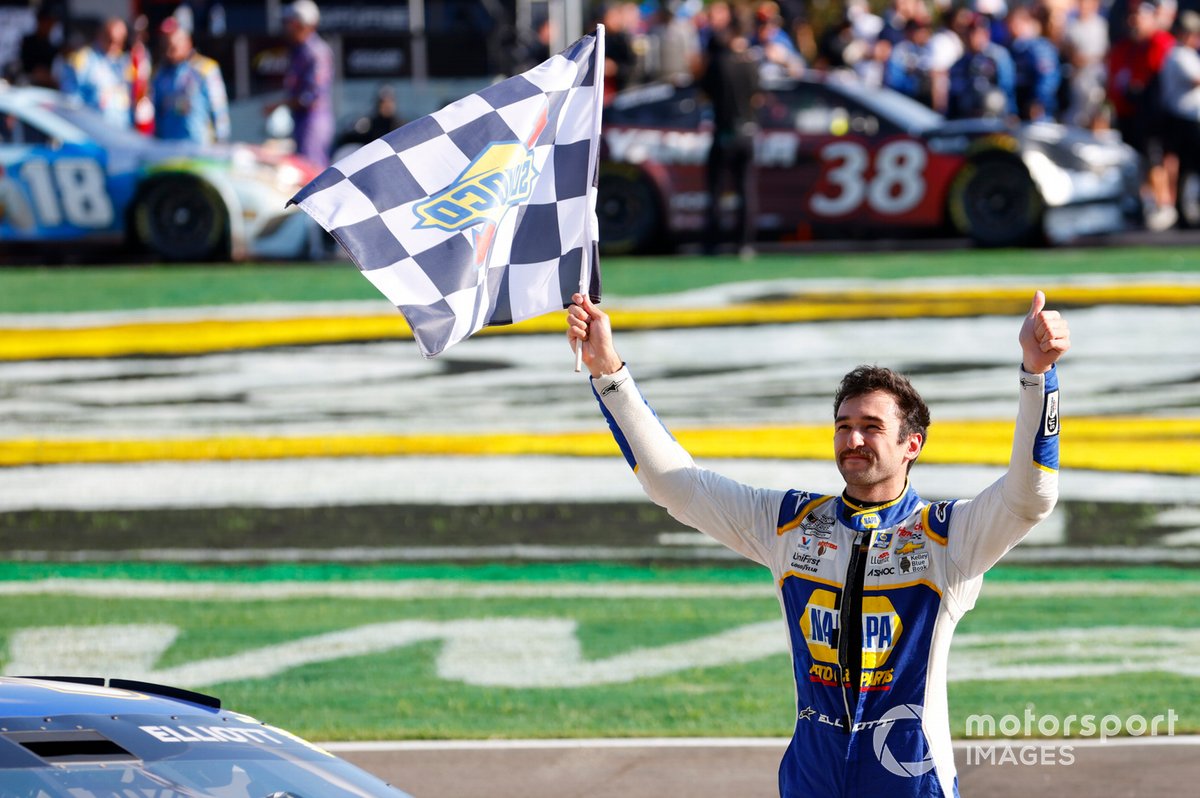 “Me sitting here telling you it’s special I think it probably doing it a disservice. It’s something to be very proud of and something I’m very proud of, and I think he is, too.

“When you’re racing out here on the quarter-mile you want to make it. You want to race on the big track. That was obviously the goal. That’s I think what’s always in the back of your mind. A lot of stuff has to go your way to get here and to have an opportunity.”

And a lot did.

Rise through the ranks

Following his Legends and Bandolero racing, Elliott moved to Late Models, both in Georgia and around the country, where he found much success.

In 2011, at the age of 15, Elliott signed a three-year driver development contract with Hendrick Motorsports. The deal with HMS had Elliott race in a variety of series, NASCAR K&N, ARCA and the NASCAR Trucks.

Elliott won in virtually every series in which he competed and moved into his first fulltime NASCAR ride in 2013 in the Xfinity Series, where he won three races and the championship in his rookie season with JR Motorsports.

He moved up to Cup with Hendrick in 2016 and in six-plus seasons, he’s amassed a championship and 16 wins, including a coveted victory now at his hometown track.

During his NASCAR career, he had times in which he’d run well at Atlanta, but he never finished better than fifth in eight previous races at the 1.54-mile track.

“I felt like we were capable of winning here. I think we’ve been capable here in the past. One thing led to another and it didn’t go our way, but the way this place is now, it really is a speedway race,” Elliott said.

“I think everybody in this room has watched enough speedway races to know that it can pretty much go anybody’s direction, so we were just the fortunate ones to have it swing our way today.”

Elliott has never shied away from his Georgia heritage and has publically supported Georgia sports teams like the Atlanta Braves and University of Georgia. He still maintains a home in the state while most other Cup drivers live in the Charlotte, N.C., area.

“I’m just proud to be from here, proud to still live here, and I’m grateful that the fans of this state have always kind of kept me a part of the family really,” he said. “At the end of the day I’m just a fan, too, as it pertains to Atlanta and Georgia.

“I have always felt like they’ve kind of welcomed me as one of theirs and our team, too. It’s a special thing, and to be able to share that moment, I saw a lot of people before the race wearing our hat and our shirts and stuff, and you always want to make those people proud, but when you have it go our way like it did today, that was pretty cool.

“They were making a lot of noise there after the race, which it’s kind of hard for me to see what’s going on there during the race, but certainly after they weren’t shy, and I loved it.”